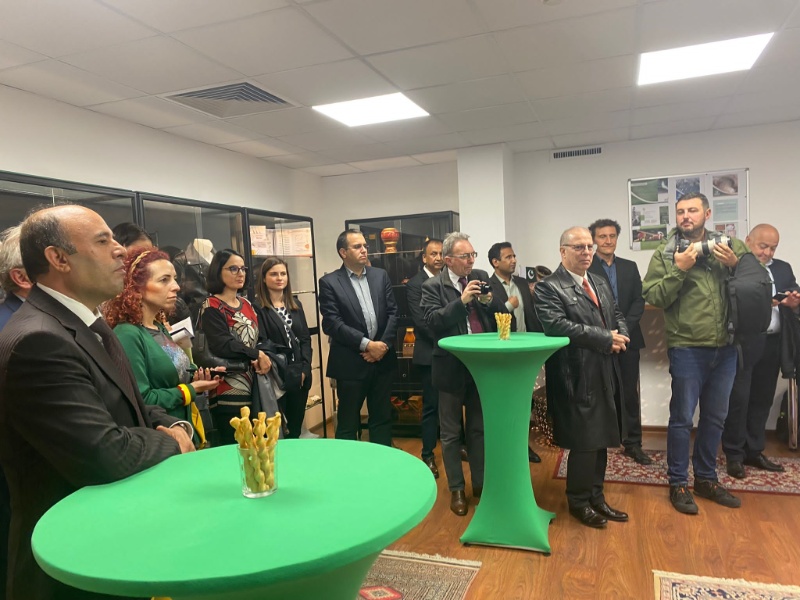 The inauguration of the centre was carried out by Mr. Tsvetan Simeonov, President of the Bulgarian Chamber of Commerce and Industry, in a simple and dignified ceremony which was attended by different businessmen from Sofia as well as representatives of regional chambers. Speaking on the occasion, Mr. Simeonov thanked the Embassy for its continuous efforts and initiatives to strengthen trade relations between the two friendly countries, including by organizing exhibitions and arranging online B-2-B meetings. He appreciated the initiative of the Embassy to establish this ‘Trade & Cultural Centre’ which would help the Bulgarian businessmen immensely as they could see the samples directly and get information about the respective businesses. On the occasion, he also encouraged the Bulgarian businesses to take advantage of GSP+ status of Pakistan which allowes the import of products duty-free in the European Union markets.

In her remarks, the Ambassador thanked Mr. Simeonov and officials of BCCI for their continuous support to all initiatives of the Embassy aimed at cementing the trade relations between the two countries. She said that the actual trade volume between the two countries was still not commensurate with the actual potential that exists between the two economies. In this regard, she encouraged the Bulgarian businesses to take advantage of still-unexplored Pakistani market and establish useful business linkages with their counterparts there. She assured full support of the Embassy to the concerned business associations and companies in Bulgaria in this regard.

On the occasion, documentaries depicting the trade and tourism potential as well as rich cultural diversity of Pakistan were also shown to the participants. 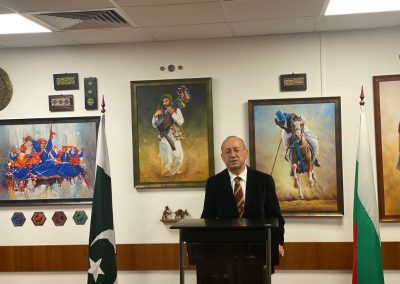