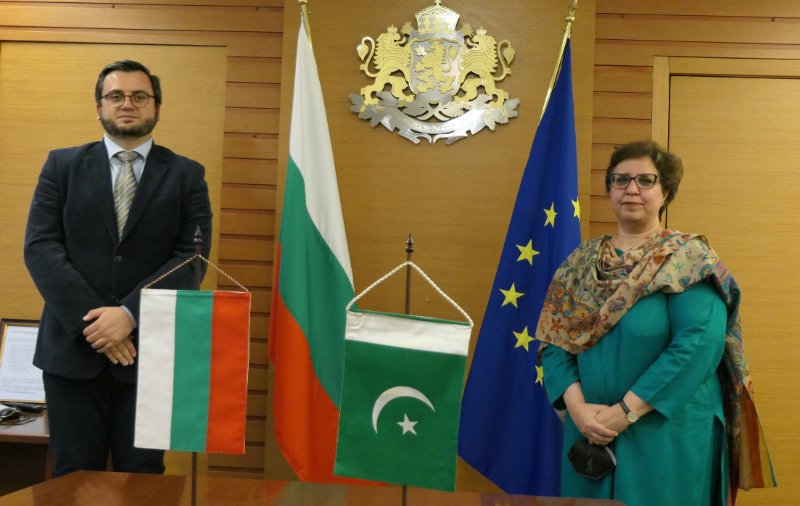 Ms. Mariam Aftab, Ambassador of Pakistan to Bulgaria met with H.E. Mr. Georgi Sabev, Deputy Minister of Agriculture, Food and Forestry on November 26, 2021. The purpose of the meeting was to raise Pakistan’s concerns on India’s application of GI tag in the EU for Basmati rice, request for feedback on inaugural meeting of Joint Working Group (JWG) on Agriculture between Pakistan and Bulgaria, and discuss modalities for signing the MoU between Pakistan Agriculture Research Council (PARC) and Agriculture Academy of Bulgaria (AAB).

The meeting was held in a very cordial atmosphere. During the meeting, the Ambassador briefed the deputy minister on Pakistan’s concerns on India’s application of GI tag for Basmati rice in line with the Ministry’s instructions (sent via above referred letter). She made special mention of existing agreements between India and Pakistan in this regard, including ‘Form of Exchange of letter’ of 2004 and European Regulation No. 972/2006 dated June 29, 2006. She also highlighted that if India’s claim was accepted, it would jeopardize the existing Pakistani basmati rice sales in the EU market, resulting in reduced supply of this premium product in European markets. An Aide Memoir was also handed over to the deputy minister on the issue. 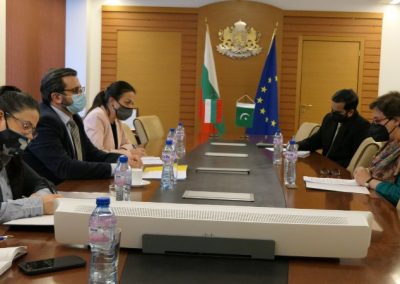