On initiative of the Foreign Service Academy (FSA), the Embassy of Pakistan in Sofia organized an online meeting between Amb. Zahid Nasrullah Khan, Director General of the Foreign Service Academy and Ms. Tanya Mihaylova, Director of the Bulgarian Diplomatic Institute (BDI), on November 10, 2021. The purpose of the meeting was to discuss collaboration between the two prestigious institutions under the MoU signed in 2017.

During the discussion, the respective heads of the two institutions discussed a number of proposals for collaboration in 2022. Among them was the participation of Bulgarian diplomats in the Diplomatic Course for Foreign Diplomats being organized by the FSA next year and organization of an online workshop by the FSA for Bulgarian diplomats.

At the end of the meeting, it was decided that the relevant officials of the two institutions would remain in contact for actively following-up on the decisions taken. 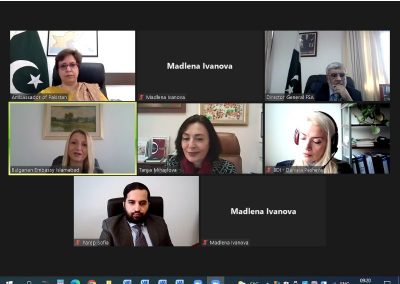 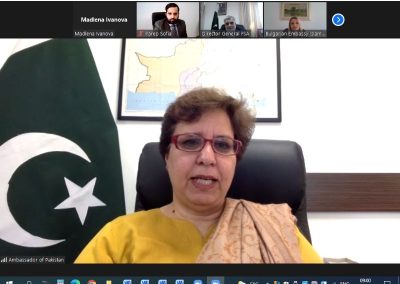 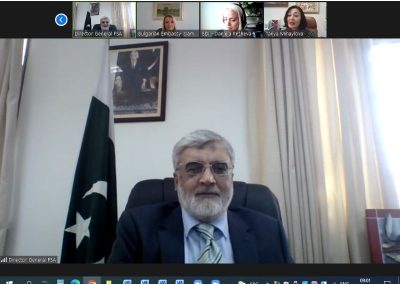