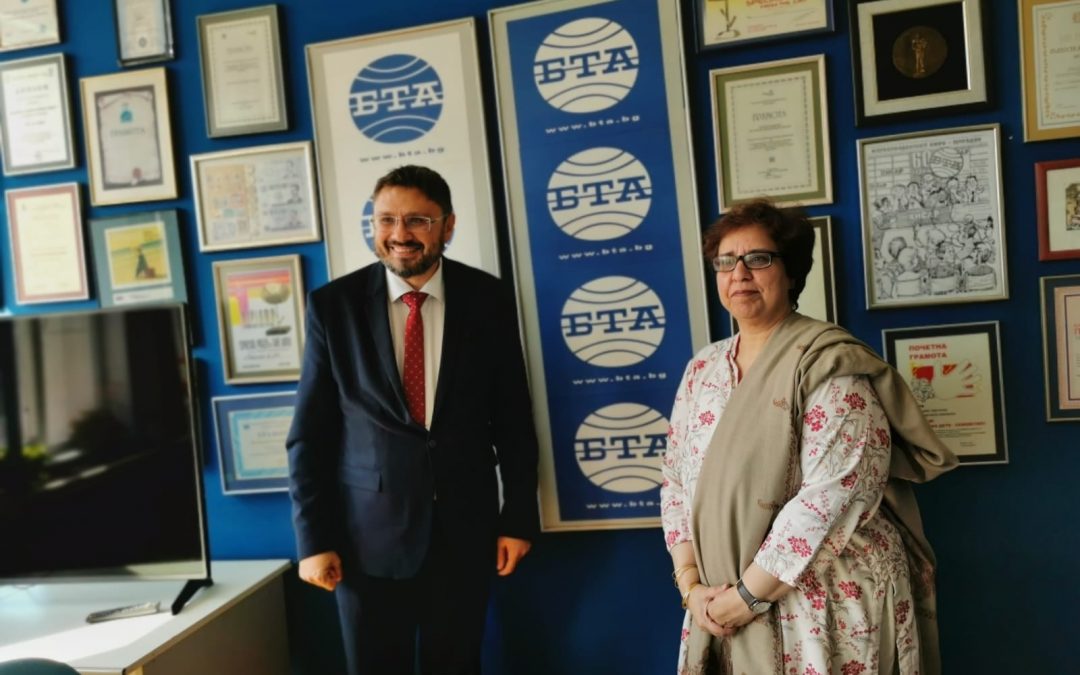 Ms. Mariam Aftab, Ambassador of Pakistan to the Republic of Bulgaria held a very useful meeting with Mr. Kiril Valchev, the newly appointed Director-General of Bulgarian News Agency (BTA) in his office on February 15, 2021. During the meeting, the two dignitaries reviewed the on-going cooperation between the media outlets of the two countries and discussed ways and means to further enhance it.

Mr. Valchev was very forthcoming during the meeting and showed keen interest in learning more about Pakistan and strengthening linkages between BTA and its counterpart Pakistani organization Associated Press of Pakistan (APP). 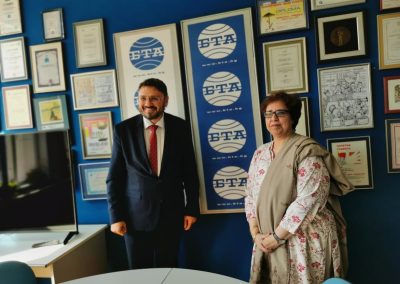 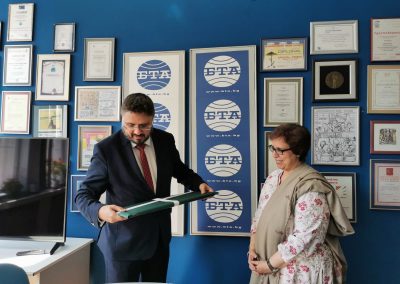 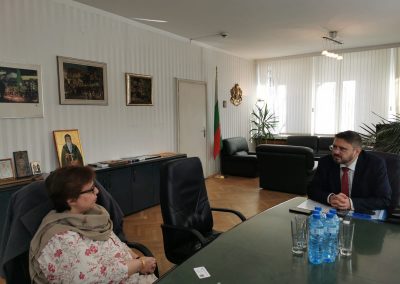